Sociolinguistics is the study of language in its social context. The term encompasses a wide range of research questions and pursuits within linguistics, including but not limited to:

From descriptive studies of dialects, to investigations of language variation and change, to analyses of the roles that language or particular linguistic features play in the construction of individual or group identities, these sorts of studies are all sociolinguistic.

How does Sociolinguistic Research work?

Sociolinguistic fieldwork is the recording of speech within a natural context, such as a family dinner conversation. The goal of fieldwork is to capture the way people actually talk in casual settings. This gives researchers the best possible representation of the natural linguistic world.

The biggest challenge to collecting data is that when people know they’re being listened to, they tend to pay more attention to their speech than normal, or they begin to treat researchers formally. This gives us warped data – we end up learning nothing about the community besides how they talk when they’re kind of nervous! The best way we know how to get around this problem is through a Sociolinguistic Interview, which is an interview style designed to be as natural and casual as possible.

We do this kind of research to understand as fully as possible how people in a community speaks to one another. Studying language in social contexts like this can reveal patterns in the way people talk that socially-devoid research can completely miss. As an example, check out this project by the Atlantic. By correlating specific vocabulary terms with a social factor like geography, they were able to find clear patterns in the way US citizens express themselves:

Sociolinguistic Interviews try to make a formal situation casual. In order to collect speech data, you have to make people talk – that’s why linguists conduct interviews. But interviews are traditionally formal situations that might remind people of applying for jobs or other stressful contexts. Recording conversations can make the situation even worse: people may tense up, causing their speech to become very different from what they would use among friends or other close community. This is a problem for sociolinguists, who are generally interested in studying people’s most natural speech styles.

Sociolinguistic interviews try to get around this observers’ paradox by taking our time and asking questions that will elicit casual, relaxed conversation. We ask questions about topics like childhood games or current social activities. Asking about local customs makes our social data better, teaches us about the community we’re researching, and also helps people to talk naturally to the researchers. The LLP especially likes asking questions about local culture and society – it helps us in the “Life” part of “Language and Life”!

Sociolinguists also sometimes want more formal data, which we gather in the form of elicitation tasks. Elicitation tasks are constructed to target specific information about a speech style, like special vocabulary or a particular sound.

Couldn’t You Just Record People Without Them Knowing?

One obvious solution to getting natural speech data would be “interviewing” someone and recording without their knowledge. But that’s not something we do.

People are sensitive – rightly so – to what they’ve said “on record.” To not give someone a choice between what is or isn’t on record is unethical. This is especially true in a research position, where making calls like that could be an abuse of power.

Secondly, sociolinguistic research depends on a good, open relationship with a community of speakers who are willing to share their time and their speech with the researchers. If you’re dishonest with your informants and they discover it, they will most likely not be interested in helping you anymore – and with good reason!

What Happens After the Interview?

Linguists collect interviews in order to look for patterns in the speech of a community. The specific research question depends on the researcher and the project, but, typically, research questions involve comparing a social factor (like gender, race, class, region, or age) with a specific aspect of speech (a sound, a grammatical pattern, etc.)

Researchers can find answers to their questions by either:

What Makes the Language and Life Project’s Research Special?

We give back to every community we research. There is a long, unfortunate history of exploitation in the social sciences. Many researchers in the past have treated the communities they research like “subjects” and nothing more. We try to avoid this by adhering to the Principal of Linguistic Gratuity, which was coined in 1993 by our founder Walt Wolfram: 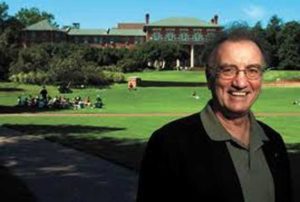 Through the years, we have worked with local communities to establish museum exhibits, co-create documentaries, publish local narratives, and more.