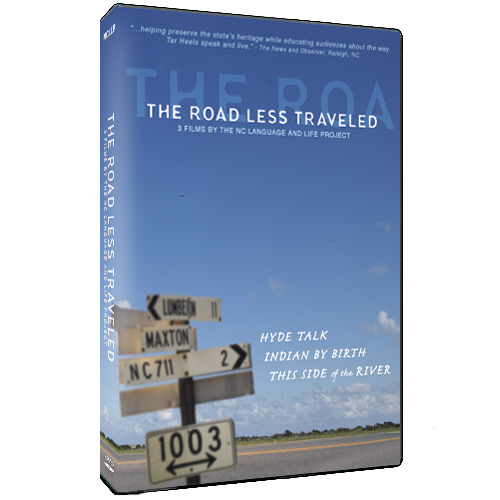 Three films are made available on DVD for the first time in this collection. Together they illustrate a universal theme of language and identity.

Indian By Birth: the Lumbee Dialect – Stripped of their heritage language generations ago, the Lumbee Indians of Southeastern North Carolina carved out a unique dialect of English to maintain their distinctive cultural identity. 27 Minutes.

Hyde Talk: The Language and Land of Hyde County –  Hyde County in Eastern North Carolina has long been a destination for hunters, fishermen, and wildlife enthusiasts. Hyde Talk reveals that it is also home to distinctive regional speech, culture and identity. 25 minutes.

This Side of the River –  by freed slaves in 1865 and incorporated in 1885, Princeville, NC is among the oldest towns in the United States founded entirely by African-Americans. Princeville’s survival through racial prejudice, economic hardships, and devastating floods is an illuminating, and previously untold, chapter of American history. 27 minutes. Longer version also available on DVD.

From “The Road Less Traveled”